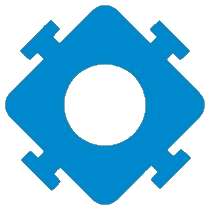 The backstory, UberNote Online Web Notes started as a side project built in a townhouse north of Baltimore on nights and weekends...
May 22, 2020

UberNote Online Web Notes started as a side project built in a townhouse north of Baltimore on nights and weekends. We had our own personal need to keep our notes in the cloud.  (This was before mobile apps, smartphones, and our biggest competitors had an online note product.)

As UberNote grew useful for our friends and family, we created a company and left our full-time jobs to travel down the path of a technology start-up. Starting a company with some of your best friends is not something everyone gets to experience, and I believe we truly valued it.  UberNote went through all the ups and downs of a start-up.

One of the high points were getting posted on Lifehacker.com and drove over 10k signups in a day. Another was getting into a start-up incubator ( Launchbox Digital) and pitching VCs on the east coast as well as in Silicon Valley.

A low point was watching Evernote coincidentally have the same tag line and get all the press. Another was launching our pay version with very little fanfare and ultimately shutting down. We even had a few sniffs of being acquired that didn’t work out.

Since then, everyone has gone on to do truly remarkable things since UberNote. We have employees of Yahoo, Mozilla, and MathWorks among our alumni. UberNote had ups and downs, but ultimately, I wouldn’t trade the experience for anything. One start-up that has emerged out of the dust of UberNote is Referral Rock.  Referral Rock is a web service for creating customer referral programs for small businesses.

Lessons Learned and Applying them to Referral Rock

The UberNote experience has helped me to become a better entrepreneur.  Here are some of the best lessons I learned out of the ashes of UberNote and how I’m applying them to Referral Rock:

1. Have a well-defined target market

One of the biggest struggles was identifying our market.  We would always say something like:

“Our market is everyone!  Students, teachers, web workers!  Everyone who takes notes and wants access to their notes anywhere can be a UberNote customer/user”.

Without a well-defined target market, we were not marketing well, and our product had no focus. We were a jack of all trades and a master of none.  In the end, we realized the way people take notes is very personal, and we couldn’t effectively develop a product that hit the nail on the head for the whole market were trying to target.

2. Don’t let being close to your product cloud your vision

We were proud to “dogfood” our product, but we became too attached to addressing our own personal needs.  We were in love with our vision of how note-taking should be. Yes, that was the primary reason we started UberNote and building a business out of a need you can identify with is a good thing… we just stayed too close to it for too long.

Being so close to our product led us to often make decisions based on what we wanted to see vs. what our users wanted.  We didn’t recognize until it was too late that we were the outliers within our market of note-takers.

At some point, you are not the ideal user for your product anymore.  Once you decide your that prototype/proof of concept is suppose to transition into being a business you have to realize you are not the target customer and you are not building this just for you.  You have to see where your customers take you and use their feedback to help craft the product.  You can still be visionary for your product, just not blindly.

With Referral Rock I am making a concerned effort to practice customer development.  I have discussed with customers their needs and their current practices for referral marketing.  I have also discussed with them their workflows and the value a product like Referral Rock can bring them.  Yes, I have my vision for Referral Rock but it has changed since the onset and I’m allowing it to be fluid as I discover more about my customer’s needs.

3. Validating people are willing to pay as early as possible

If you told me what percentage of UberNote’s user base were actually willing to pay for a subscription, I might not have continued working on it for so long.  We spent an embarrassingly long time (2-3 years!!!) before we started charging people for the product.  When we finally did start charging, it was out of desperation, and we were extremely disappointed.  The number of recurring users for our product did not convert into a high enough percentage of paid users.

We thought we were in a land grab for market and charging for the product would slow us down.  I will also admit that not knowing if people would pay for UberNote allowed us to be detached from the reality of if we have been wasting our time with it.  We could continue to craft our vision with no responsibility, which was a big mistake.

With Referral Rock (at this point) I have not started charging yet but I plan to…. very soon… I swear.  I can’t call it a business till it actually makes money.  Otherwise it’s a dream and a hobby right now.

With UberNote we were cautiously pessimistic about mobile apps and never built one.  We never capitalized on the green pastures of a new marketplace that would have made perfect sense for our target market of “note-takers who want to have access to their notes anywhere”.   I’m not sure what excuse we have for not building something directly for mobile (except a mobile version of our web-app).  The only thing I can say is the combination of understanding your target market and being close to your product attributed to this bonehead blind spot.  Anyone have a time machine I can borrow?

I have yet to come across a way I can apply this to Referral Rock.  Hopefully in the future I won’t be as boneheaded and will recognize the opportunity when i see it.

5. Be wary of burnout

Every startup has a life to it. Some events add to your life and endurance but mostly a lack of positive validation over time leads to a slow drain. One thing they never tell you is that dipping too far into the well can have damage that lasts longer then you think.

Honestly, I stuck with UberNote way too long. After market conditions in 2009 and dwindling number of raving fans, I should have let UberNote have a definitive death. Instead I let hang around for years even after I was no longer working full time on the service. We’d still make some sprints here and there, but like a vampire it just sucked up head space and I needed to take a few years before really wanting to commit to doing another startup.

Hopefully, the cautionary tale of holding on too long will keep me aware of burn out. I’d like to think I will be more aware of letting go earlier so I can retain energy for the long run. Play the long game as an entrepreneur and live for more at-bats. 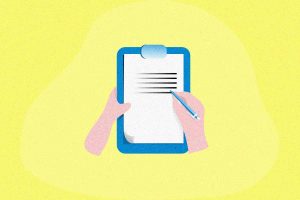 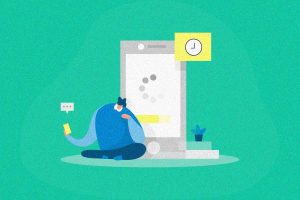 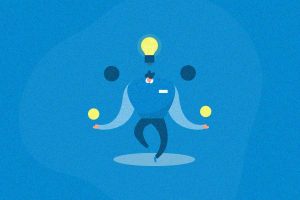 Referral Marketing 101: How to Start a Referral Program That Works 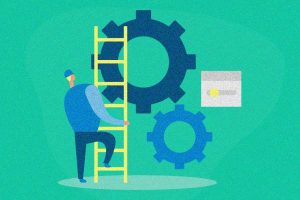 Secrets and Mechanics of a Referral System: How To Create a Referral Marketing System That Works

COMPANY
About Us
Services
Plans and Pricing
Free Trial